Don't use "social distancing", the term has horrifying history 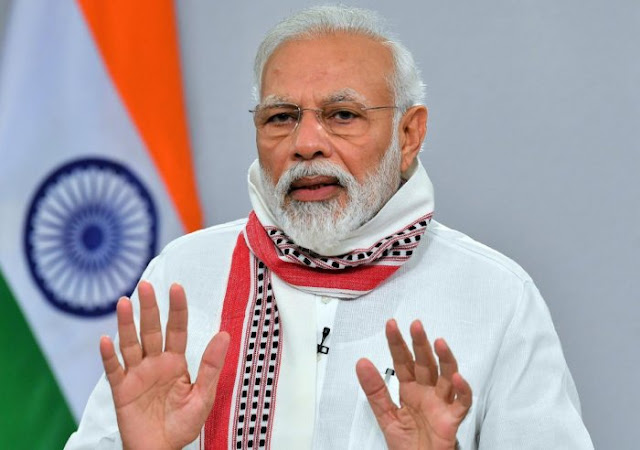 Respected Sir,
When the entire world  is  engaged in fighting the pandemic unleashed by the Corona Virus,  the people of our country have responded with utmost commitment to the public appeals you made form time to time.

1. You did well in addressing the country three times for  gearing India towards the  fight against the pandemic. We feel distressed that in  your appeals you chose to use the expression 'Social Distancing.'
No one with a scientific bend of mind will deny that maintaining a safe distance between persons is necessary in order to make the lock-down effective. However, using the expression 'social distancing'  for describing the scientific requirement is an unfortunate choice of words. Though this expression is currently in circulation, the cultural and historical reference in the Indian context immediately evokes the age old practice of Untouchability, which is now banned by the Indian Constitution.

In essence, the Untouchability prevailing under the caste system was nothing else but maintaining certain social distance from  particular communities. The heinous practice is  a disgrace  not just for our country, it is a blot for the  entire humanity. The father of the Nation, Mahatma Gandhi, had undertaken long struggle against this "pandemic" of untouchability. He always maintained that the fight against untouchability was an essential part of the freedom struggle.

Bharatratna Dr. Babasaheb Ambedkar, the architect of India's Constitution laid the corner-stone for  annihilation of caste-discrimination. Our Constitution ended the untouchability and has forever buried the menace of  social Distancing which was in practice in India for over two millennia.

Given this background,  it was necessary to carefully avoid using the expression 'Social Distancing.'  On the contrary, at the time of lock-down social relatedness is a greater need  than social distancing. Perhaps, the terms like 'Healthy Distance' or 'Physical distancing'  would have been far more appropriate.

Various Social Scientists across the world have raised their concern about the use of the expression 'Social Distancing'.  The  WHO has consciously decided to not use it and avoided using it since the 20th March. It prefers using 'social contentedness with physical distance'.

We would like to draw your attention to your use of the expression on the 24th March when you announced to the nation that the lock-down was being imposed.
On April 14, when you started your address to the nation by paying respects to Dr. Babasaheb Ambedkar, and used this term that had been an anathema toy Dr. Babasaheb Ambedkar his entire life.
The expression  "social distancing" is being echoed every few minutes  in government's publicity material, advertisements, social,  electronic and print media.
It is absolutely necessary to stop use of this stigmatising term forthwith.

Physical distancing means maintaining such distance as would prevent transmitting the virus from a suspected person to others. Perhaps using a direct term like "corona distancing" would be more appropriate. Entire hierarchy of the caste system, traditions of treating certain communities as greater human beings and others as secondary ones, is entirely based on the principle of "social distancing" and,  therefore, we am appealing to the media to stop use of this term.

We urge you that,  in your capacity as the leader of the nation,  the the expression that is painful for millions of people in the country may be put out of official circulation.

It is worth reproducing here the opinion of professor of political science and public policy of the North Eastern University, Daniel Aldrich: "The people and communities that fare the worst are the ones with vulnerable populations who have weak social ties and lack trust and cohesion. Such people — as the 1995 Chicago heat wave, the 2018 Camp Fire in California and the 2011 earthquake and tsunami in Japan showed — are often the first to perish in a disaster."

2. When social connect was more required amidst the corona-virus pandemic, the attempt to give a religious twist to the outbreak over an isolated incident of Tabligh Markaj in Delhi is really painful and unfortunate. The Corona- virus outbreak has no limits of any caste, religion, region,  language or nation. The virus has gone beyond any such known boundaries and the entire world is grappling with it.  Therefore, to give it a religious attribute is entirely non-scientific. Yet a a lot of noise was made over it. Many Indians who love their country feel worried and have been wondering if there is an agenda behind this  religious twist given to the pandemic? As constitutional head of the country it is necessary for you to take steps to put an end to the perception being  spread by some biased sections of the media.

We hope that the news has not escaped your attention that in Delhi a person spat on the face of a Manipuri woman, calling her a Chinese national. This expresses the scorn and hatred being spread.
The person who did this was not some Tablighi, but the manner in which people from North East India are being detested is equally painful.

It appears that the Corona-virus pandemic is not likely to end soon, at least till a specific antidote is found .

We apprehend that the term "social distancing" will continue in use and, as a result, some communities such as the  Muslims and North Easterners will face a very different kind of untouchability.
This possible future picture is dreadful. The erstwhile  Dalits have faced this for about two thousand years and the country had to pay huge price for the same.
We hope that the Muslims and North Easterners would not have to face a similar discrimination. If that begins to happen,  the unity of the nation may get disturbed, besides depriving citizens of the guarantees given by the Constitution.

We still have time.
We would like to appeal to you to take the necessary lead and assure the citizens of the country who are victimised by hatred and abhorrence.

3. It is true that for a country like ours, having limited resources, there was hardly no better option  than imposing the lock-down.  But before resorting to such a drastic measure, we should have thought in advance of the crores of daily wage earners. Had planning been made in advance, the inconvenience and the grueling difficulties faced by them could have been averted. The Centre and the State Governments are required to undertake more measures for the people dependent on the government. All industries are closed down. All sources of livelihood are over.  The people, in whose houses the daily meal is cooked in the evening out of the days earnings, do not have any resources left with them. Those working in shifts and sharing 8 X 10 feet rooms in cities are forced to lock themselves in,when their wives, parents and children are eagerly waiting for them at their native places. Such persons are neither able to earn enough to feed themselves, nor to reach their native places. It will be unfair to them to leave them to fend for themselves.  It is necessary that at least food is immediately provided and cash-in-hand to all these hapless persons for their everyday needs.

The legendary Damaji Pant of the 15th century had opened the granaries for the people facing unprecedented drought. In his foot steps, the government should now open India's food godowns for the hungry. We have  adequate stock of food grains and it is definitely more desirable to let the grains reach those who are in dire need, instead of letting it rot.

4. The  Corona virus pandemic is causing  more loss to India's agriculture than  droughts or excessive rains cam cause. The farmers are completely destroyed. They are forced to throw away or burn their standing crops. Ready to transport vegetables and flowers are rotting in agriculture fields. Fruits and vegetables are being sold at very low rates. Agriculture related livelihoods too  are shattered.
Poultry, goat farming, fishing etc. have suffered. The lock-down and closing of the markets is the last blow for the Indian farmer who is already reeling under adverse climate change. Farmers, who have not been able to sell their products due to lock-down amid this pandemic are required to be given generous financial assistance. Mere loan waivers or interest waivers will not do; something more substantial needs to be done, more particularly since  a large number of workers are leaving  cities and going back to their the rural locations.The government is expected to respond to the urgent needs of the class  whose hard labour sustains our national economy. Your two addresses to the nation barely touched these issues.

We ardently hope that you will not disappoint the nation and will cover these issues in your next address to the nation.

5. We fell that since we have continued to neglect the health and education sectors, particularly for the poor, today we are finding the approach of lock down more convenient than going for a massive  testing of the suspected corona virus patients.
We hope  that in future a serious thought will be given to these sectors and matching budgetary allocation will be made for them  rather than handing them over to the non-state private actors.

Even now, lakhs of hapless and hungry workers are stranded in cities and have remained deprived of help and hope. The government has not given them an opportunity to return back to their native places. This suffocation has reached a bursting point and is likely to explode.
We earnestly hope the government will act now and avert getting the situation out of hand.